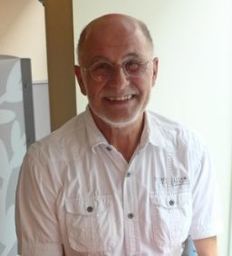 A tragic, yet fascinating, piece of maritime history

The Vasa is one of the famous ships in maritime history. The museum, which opened in 1990, shows the real Vasa ship. Amazingly, it was almost fully intact when it was found and salvaged (98% of the original structure survived).
The Vasa sunk on her maiden voyage in 1628 and rested on the ground for more than 330 years before it was salvaged in 1961.
The Vasa was meant to be a one of a kind battleship at that time and was constructed to fit 64 canons. During construction (and later also during loading) of the ship there have been some hints for problems, but based on the kings' order the Vasa had to set off.
When it hoisted anchor on 10. August 1628 it did not make it further than 1300 meters and got buried on the ground at 32 meters depth. While canons where already brought to the surface in the 17th century, the ship remained on the ground. The salvage of the Vasa began in 1956 but took almost 5 years to finally bring the ship to the surface.
270 of the 300 men survived.

There are various exhibitions at the museum.
Of course, there is the ship itself which is the highlight of the museum, but some smaller exhibitions show you how life was in the 17th century.
There is a Vasa Model in scale 1:10, which shows how colourful the ship has been. It’s said, that it took 12000 hours to be completed.
Another exhibition shows how the shipwreck was detected and how it was finally salvaged in 1961. It shows all the steps that were necessary to bring it in the current condition, such as drying out. But you can also get an idea of what it takes to preserve the ship in its current condition.
You will learn about how life was on such a sailing boat and much more.
All supported by videos, images, sculptures, and models.

It’s a museum for the whole family. A cool place for kids, but if you enjoy information with a more scientific background, e.g preserving of the Vasa, you will also not get disappointed.
Can be crowded if you go during high season, but there is an option to buy your ticket online through the website of the museum.

Recommended duration by mundolore users:
less than 1 hour
between 1-2 hours
1
between 2-3 hours
1
more than 3 hours

Prev
Next
Booking.com
Booking.com
A tragic, yet fascinating, piece of maritime history
Share this URL wherever you want to let anybody see your awesome guide.
Join