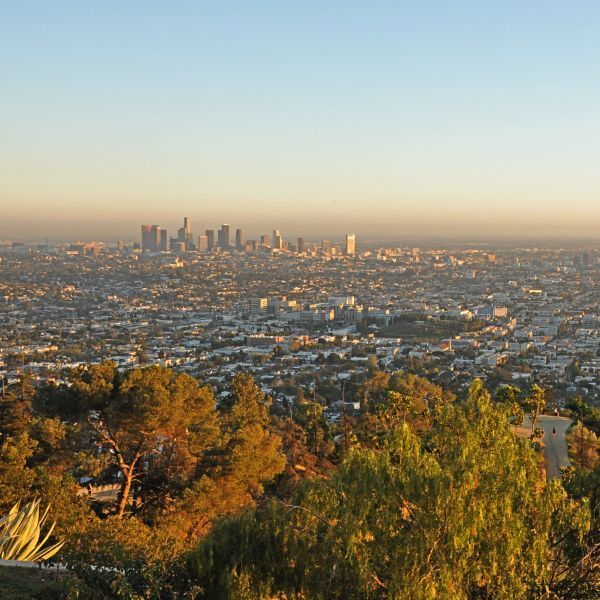 A legend in Hollywood since more than 90 years

In 1929 Grauman retired but was convinced by Howard Hughes (his life was documented in the 2004 epic film drama 'The Aviator') to produce the world premiere of his aviation epic 'Hell's Angels'. Grauman then remained the theatre managing director until his death in 1950.

Over the years, the name of the Chinese Theatre changed a couple of times depending on the owner/sponsor. From 1973 to 2001 it was known as Mann's Chinese Theatre. In 2013 TCL bought the rights for 10 years.

The auditorium has been completely remodelled in 2000/02 and has almost 1000 seats today.
The Acadamy (Oscar) Award took place in the Chinese Theatre three times and it was declared a historic and cultural landmark in 1968.

Sid Grauman took the architect Raymond Kennedy on board to design the theatre.
The Chinese Theatre shall represent a Chinese pagoda.
Many of the parts have actually been imported from China, amongst them the huge stone Heaven Dogs guarding the entrance door on the left and right side.
Chinese craftsmen were assigned with the creation of statuary pieces that are placed in the forecourt.
One of the eyecatchers is the giant Chinese dragon carved from stone that decorates the wall above the entrance doors. It's 10 meters tall.
The costs of the construction are said to be in the $2 million range.

The history behind the footprints in the forecourt of the theatre is not entirely clear. Grauman once said, that he accidentally stepped into the still soft concrete and that the idea was born this way.
The Chinese Theatre was the first commercial air-conditioned movie theatre.
It is still used as a first-showing theatre.

The TCL Chinese Theatre is a regular movie theatre, so you can buy tickets and enjoy a movie and the atmosphere of an iconic place.

Recommended duration by mundolore users:
less than 1 hour
1
between 1-2 hours
between 2-3 hours
more than 3 hours

Prev
Next
Booking.com
Booking.com
A legend in Hollywood since more than 90 years
Share this URL wherever you want to let anybody see your awesome guide.
Join