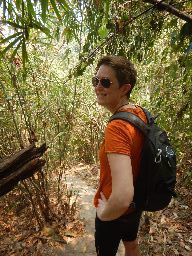 Standing majestically at 4,095m, Mount Kinabalu is the highest mountain between the Himalayas and New Guinea. Mount Kinabalu derives its name from the Kadazan word, ‘Aki Nabalu’, meaning ‘the revered place of the dead’. It is one of the safest and most conquerable peaks in the world they say. Provided that you’re reasonably healthy and physically fit.

Mount Kinabalu’s specialty lies in its location at a renowned World Heritage Site: Kinabalu Park. Nature lovers will be delighted to be able to witness the many variations of flora and fauna that are to be found on the mountain at different altitudes.

Mount Kinabalu, along with other upland areas of the Crocker Range is well-known worldwide for its tremendous botanical and biological species biodiversity with plants of Himalayan, Australasian, and Indo-Malayan origin.

A recent botanical survey of the mountain estimated a staggering 5,000 to 6,000 plant species (excluding mosses and liverworts but including ferns), which is more than all of Europe and North America (excluding tropical regions of Mexico) combined. It is therefore one of the world’s most important biological sites.

Legends tell a story of a Chinese prince who ascends from the mountain in search of a huge pearl guarded by a ferocious dragon. He married a Kadazan woman upon his successful conquest, whom he soon abandoned for a return to China. His heartbroken wife wandered into the mountains to mourn whereby eventually she turned into stone.

A great conquest means nothing without a bit (or a lot) of post-victory soreness! You will be too sore to walk for the next few days, but hey, you did it!

However, I recommend a great condition, cause it's really really strenuous.... "The average trek up from Kinabalu Park to Panalaban takes approximately five hours for an average person: don't just think that your 'average':-)

Recommended duration by mundolore users:
less than 1 hour
between 1-2 hours
between 2-3 hours
more than 3 hours

Prev
Next
Booking.com
Booking.com
The "YOLO" experience
Share this URL wherever you want to let anybody see your awesome guide.
Join